We wanted to share an incredible project that has been started by Planetary Resources.

A few months ago, you might recall that we had the amazing opportunity to interview Chris Lewicki and Chris Voorhees of Planetary Resources. 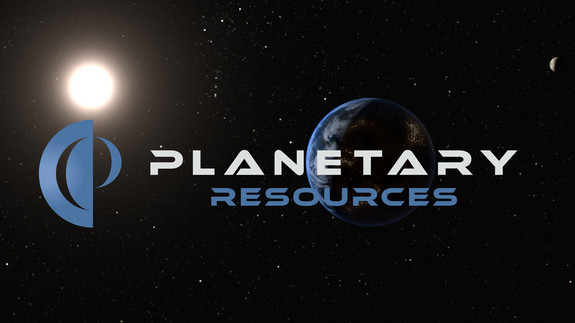 Both Chris’ discussed the company’s mission to explore space and secure “resource-rich” asteroids that are within our solar system. The goal:  mine those  asteroids for those resources (kinda like in cool space video games…but in real life!!) Both Chris’ have a wealth of engineering experience and have worked directly with NASA. In our interview with Chris Voorhees, he talked about being the last human being to actually touch the Opportunity rover before it landed on the surface of Mars and the profound impact that had on him being a star gazer and knowing that something you helped construct is actually on the surface of another planet. Chris Lewicki actually has an asteroid named after him.  (We are hoping to unlock this achievement ourselves depending on the success of the film 😉 )

Today Planetary Resources announced an incredible new initiative that they have launched on Kickstarter. Within hours of being posted, the Kickstarter has already reached over 120K in funding. The project is called ARKYD: A space telescope for everybody (A nod to Star Wars’ Arakyd industries I believe) This revolutionary space telescope will be publicly accessible and the perks to supporting the Kickstarter range from getting a cool digital poster to actually publishing a video that will play in space. The Kickstarter page describes the project as “…a technologically advanced, orbiting space telescope that will be controlled by YOU, the crowd, through your pledges and community involvement! You can even direct your telescope time to non-profit science centers and universities for use in your communities!”

Coming on board with the project are stars of the geek world such as Bill Nye the Science Guy, Robert Picardo (The Doctor from Star Trek: Voyager), Seth Green, Brent Spiner (Data from Star Trek the Next Generation)

Be sure to check out the Kickstarter HERE and be a part of this revolutionary crowd sourced way of discovering the cosmos!