← Jacob and the Shape Shifting Cube: North America Tour 2 Continues
History of the Future at the Canadian National Exhibition → 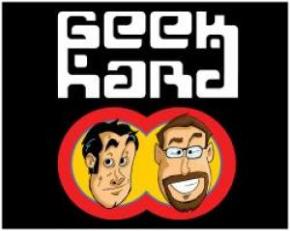 We are back from the US! We had an absolutely amazing time and I will be updating the blog to our epic journey that brought us from LA with Bill Nye to the Full Fuselage Shuttle Trainer in Seattle to Space Camp in Huntsville Alabama and then back to LA to meet up with the creators of Star Trek’s LCARS themselves, Michael and Denise Okuda. as well as Kevin Grazier of Battlestar Galactica and the crew of SpaceVidCast

In the meantime, be sure to tune into the Geek Hard show tomorrow where Paul will be on the show talking everything Chasing Atlantis including our exhibit at the Canadian National Exhibition in Toronto. You can check out Geek Hard at http://geekhardshow.com/ The show streams today (August 16th) live at 7pm EST at www.realityradio101.com !

← Jacob and the Shape Shifting Cube: North America Tour 2 Continues
History of the Future at the Canadian National Exhibition →