In November of last year, Paul and I joined a media circus in watching Atlantis as it moved out of the Vehicle Assembly Building from the last time and began a full day journey to the New Atlantis complex at the Visitor Center. At that time, the Atlantis Facility was only partly completed. One entire side of the building was intentionally left open so that Atlantis could be rolled into the building. The structure was completed by literally building it around the Atlantis Space Shuttle.

Earlier in February, Dr. Ryan Kobrick, one of our interviewees, and Executive Director of Yuri’s Night, sent us the photo below of Atlantis as the world’s largest shrink wrapped space craft. 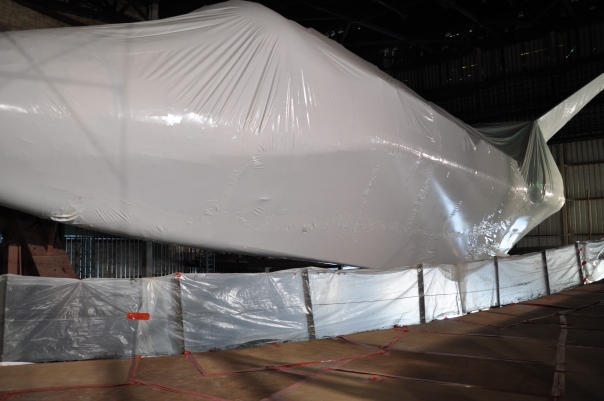 Two days ago, another of our Florida space friends, Ryan Horan, was able to get early access to the facility. The shot is from a very similar angle and demonstrates a great “Before and After”